Putin, Man of Destiny, and a Eurasian empire dream 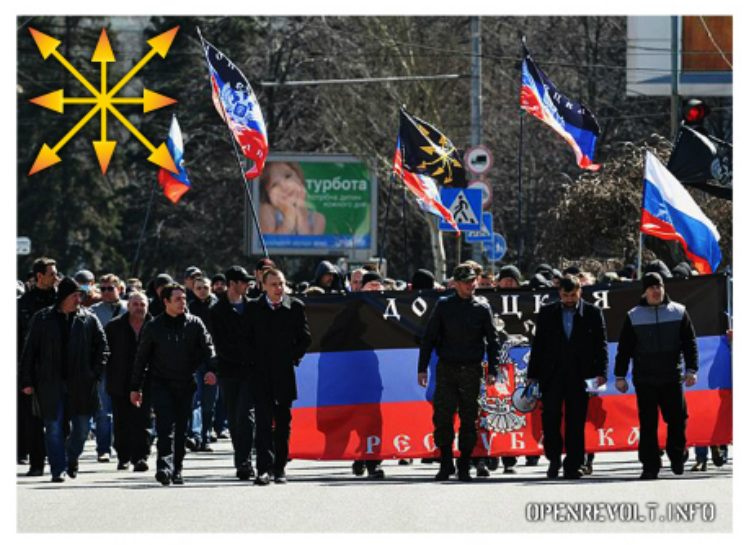 What next for Ukraine and even her neighbours? If the West
didn't stand up for Crimea, why should Putin stop there?
TONY HALPIN, former Moscow Correspondent of the Times,
examines Russia's long-term agenda and the real risk of a catastrophic war
Will Ukraine fight? That is the question on which the security of Europe now hinges. With pro-Russian gunmen seizing government buildings in towns and cities across eastern Ukraine, the risks of open conflict between Kiev and Moscow grow daily.

Russia denies any hand in the turmoil, of course, while Ukraine, the United States and the European Union are pinning the blame firmly on Moscow. The Kremlin declares that appeals for intervention are pouring in and, ominously, that President Vladimir Putin is watching events “with grave concern”.

The West imposed no discernible price on Putin for annexing Crimea, so he sees little reason to change a winning formula now. The stark choice facing Ukraine is whether to send in the army to restore its authority, knowing that this will trigger a Russian intervention, or watch as Putin destroys the country by stealth.

Ukraine’s response will determine how far Putin feels he can go. The “spontaneous” uprisings are following a clear pattern leading to partition of the east, possibly as far as Odessa. This would deprive Ukraine of access to the Black Sea and open the way for the crisis to spread to a third country by enabling the Kremlin to take control of Transdniester, the pro-Russian breakaway region of neighbouring Moldova.

Putin has long focused his attention on eastern Ukraine, but nobody is sure how far he intends to go. His actions have already unleashed powerful nationalist, even chauvinist, sentiments in Russia and some ideologues are arguing loudly that this is the start of a new Russian empire that will erase the “humiliation” caused by the collapse of the Soviet Union. 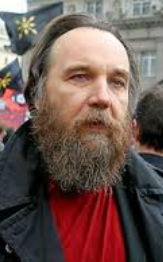 One of the most influential voices with the Kremlin is Alexander Dugin, left, a virulently anti-American professor at Moscow State University who appears constantly on Russian state television with his vision of a new Eurasian empire.  In a manifesto posted after the annexation of Crimea, titled “Horizons of Our Revolution from Crimea to Lisbon”, he declared: “Yesterday, the reunion with the Crimea was a victory for us. Today this is an infinitely small thing....The struggle for Ukraine is a struggle for unification of Slavic peoples.”

Dugin, who has renamed eastern Ukraine “Novorossiya” (New Russia), continued:  “If we win, we will begin the expansion of liberational (from Americans) ideology into Europe. It is the goal of full Eurasianism – Europe from Lisbon to Vladivostok. Great Eurasian Continental Empire. And we will build it. This means European Revolution will be Eurasian Revolution....which will be carried out by the Man of Destiny.”

It is not hard to see whom Dugin regards as the Man of Destiny. Putin’s phlegmatic spokesman, Dmitri Peskov, even declared on state television last month that the president was “the main guarantor of the security of the Russian world”, a far bigger entity than just the Russian state.
Nato’s Secretary General, Anders Fogh Rasmussen, also warned this week that Europe faces a completely new security environment. Ukraine and Crimea were part of a bigger context “driven by President Putin's strong desire to restore Russian greatness by re-establishing a sphere of influence in the former Soviet space”. He told the Wall Street Journal: “We have seen a revisionist Russia trying to redraw the European map by force. That’s a wake-up call.”

Those already lying awake at night include the leaders of the Baltic republics of Estonia, Latvia and Lithuania, former Soviet vassals that have large minority Russian populations, and Poland, Ukraine’s neighbour. They have all sought reassurance from the US and Nato that the alliance remains committed to its Article 5 guarantee of collective defence against an attack on any member state.

Even Belarus, Russia’s closest ally, is fearful of Moscow’s demands for “federalisation” of Ukraine, with power transferred to individual regions, as the way to end the crisis. Belarus’s authoritarian ruler, President Alexander Lukashenko, said: “It’s going to split the country in future and will eventually destroy the Ukrainian state.....It is dangerous both for Belarus and Russia and the West. People there (in Ukraine) will never come to terms with that. Just never.”

So will Ukraine fight?  If it does, then Ukraine and Russia may plunge into Europe’s most destructive conflict for decades with unpredictable outcomes for both countries and no certainty that the fighting would not spread across the region.

If it does not, then Ukraine’s future as a sovereign state will be cast into doubt as Putin prises away the east, and an emboldened Russia may be tempted to redraw the map of post-Soviet Europe even further, urged on by its “Eurasianist” ideologues.

Most disturbingly, there remains little sign that the US or the EU appreciates the full scale of the challenge now being thrown down by Moscow, and still less that they know how to counter it.

Read more from Tony Halpin on SubScribe
Ukraine revolution and the threat to the West
Putin wants more than Crimea, he wants half of Ukraine
comments powered by Disqus