Parliament, Hacked Off and Press 'self-regulation' 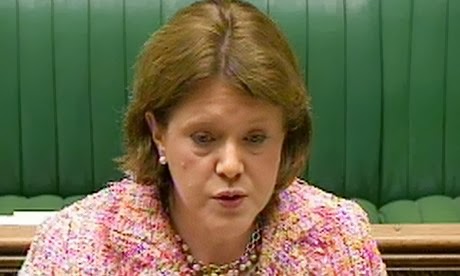 My doctor says I'm too fat and that I should change my habits. She's probably right.

Searching for ideas on how to make me mend my ways, she calls in a hospital consultant who knows nothing about metabolism, weight loss or anything remotely relevant. He puts forward some ideas. I don't like them.

Then the doctor has a chat with a slimming club, a health spa and a model agency and together they cook up a regime that they want my whole family to adopt. They don't involve me in the conversation. Nor do they take into account the fact that my husband is the perfect weight and my children are, if anything, a bit on the thin side.

We are presented with a diet sheet and exercise regime. The doctor then retreats and says it is up to us to get on with it. We must all follow the diet and if we eat an illicit bath bun or drink what some third party believes is too much wine, someone else will punish us.

This, it seems, is a system of self-regulation.

Over the next three days the three party leaders will have a huddle and on Friday they will publish their 'final' ideas on how to rein in the Press. If the Press accepts them, these ideas will go to the Privy Council at the end of the month and be enshrined in a royal charter.
malicious lies about people or harass them. But the civil laws designed to protect victims of such treatment are not sufficient. And so a special set of shackles is being prepared for the Press, a set of shackles that will embrace one-man-and-his-dog local papers, but not the BBC, ITV or the internet.

This, it seems, is self-regulation.

It's such a serious matter that the Secretary of State went to the Commons to make a statement on her plans yesterday. So serious that 30 or 40 of our 650 MPs turned out to listen. They did not include Ed Miliband or Nick Clegg, who shared  KitKats with the Hacked Off brigade in the Leader of the Opposition's office in March.

There was no Ed Balls, no Yvette Cooper, no Theresa May, no George Osborne or William Hague - who obviously had more important things to do than hang around the Commons chamber after delivering his statement on Syria.

There wasn't even a Michael Gove or Damian Green, both of them former journalists. We did, however, have Ben Bradshaw, the former BBC journalist who is now a Labour MP, and John Whittingdale, the Conservative who had the misfortune to be the last man to oversee the PCC.

Almost everyone present rose to speak. Labour MPs  (with the exception of Kate Hoey and Gerald Kaufmann) were anxious that there should be no further delay in clicking the padlock. Tories were generally more concerned that there were to be any chains at all. Odd this, given the chamber's 'unanimous' approval of the proposed charter in March.
if you look beyond the tabs to the proliferation of magazines with Kelly Brook and Victoria Beckham on the covers, it does appear that the appetite for celeb gossip is insatiable.

It sticks in the craw when people who have previously courted the media try to dictate what newspapers should be allowed to print once they dare to deviate from the 'what a good chap/lovely lady' script. But there is a strong public feeling that newspapers should behave better and that a new watchdog is required. There is an equally strong feeling that Parliament should have no part in deciding which breed.

One of the more surreal moments in yesterday's Commons sitting was to hear Labour MPs demand that the likes of the McCanns and the Dowlers be consulted on any proposed changes to the pizza charter. However much you sympathise with those families - and it would be a hard heart that didn't - they had their say via the Hacked Off contingent in Miliband's office six months ago.

It's time Hacked Off backed off. We don't need a regime imposed by them, by Parliament, by the Privy Council or by anybody else.

We need a system of self-regulation.
comments powered by Disqus