Struggling to get the message across 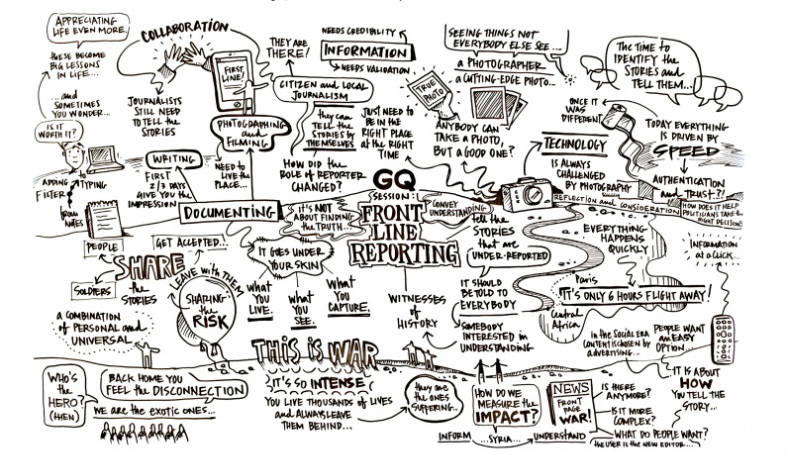 Artwork by www.themattergroup.com
Friday 28 March, 2014
Dinosaur editors and strategically illiterate politicians are preventing people from learning the truth about world conflicts, the Names Not Numbers festival was told on Tuesday.

MPs voted to send British soldiers to Afghanistan without even knowing where Helmand province was, the documentary maker Sean Langan said. The troops were supposed to be part of a peacekeeping mission - John Reid, the Labour Defence Secretary, hoped they would achieve their objectives without firing a shot -  but it was "full-on war, the most intense combat since the Korean war...Tony Blair's grandiloquose foreign policy laid bare." 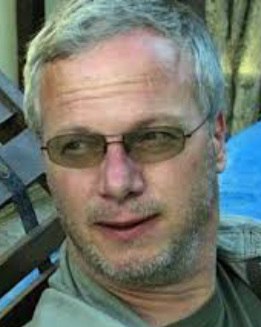 Sean Langan
Reporters on the front line struggled to get their work published or broadcast and documentaries would be aired late at night because editors believed people were more interested in cookery programmes or reality TV,  Langan said. But his  film Fighting the Taleban had proved that people would watch if they were screened at 8pm. The film, part of Channel 4's Despatches series, won the Rory Peck best feature award and was nominated for a Bafta.

"More British adults get their information from the internet than the Press," he continued. "Editors are dinosaurs: there has to be a filter - but is the journalism getting seen?" The belief that viewers and readers were war weary meant that events in Syria and Crimea were not being covered properly.

Anthony Borden, executive director of the Institute for War and Peace Reporting, was also concerned that the Syria was not being reported adequately. "It is so under-covered, given the scale of the tragedy and all the changes in the media: more capacity, more local sources. We have a black hole."

And the writer Ed Caesar said that Marie Colvin, the Sunday Times correspondent killed in Syria two years ago, had felt it vital that the world understood what was going on. "Words matter. She felt that if this was in the public domain, things would change. But the week before she died Marie was upset that her words were behind a pay wall."  [Her reports were subsequently made freely available on the newspaper's website.]
Borden had earlier spoken of a new era of local journalism that could bring a profound change. "Now it's understood that somebody local may have legitimacy. Africa is exploding with skill, technology, innovation - why can't Africans tell African stories themselves? They need a fixture, and that would be a journalist, they need training and they need good editing."

Borden's organisation has worked with local people in troublespots all over the world, including Libya, Kosovo, Iraq, Georgia and the Democratic Republic of Congo. It trains them in journalistic skills and encourages them to work with relevant groups to highlight conflices, human rights abuses and other issues. Malala Yousafzai, the girl shot by the Taleban over her campaign for education, started her blog while taking part in the IWPR's open programme when she was 12.

Speaking from the floor Rear Admiral Chris Parry, who used to be the MoD's strategy chief, disputed the assertion that people were war weary. "We're weary of not getting anywhere," he said. "We can't see if anything can be achieved." He said that journalists needed to convey understanding and to be careful that what they wrote didn't cause politicians to "misbehave" in the belief that "something must be done".

The media drove strategy, Parry continued. Politicians were strategically illiterate and incapable of filtering information. "Part of our Syrian policy is failing because they don't understand context." He also accused one reporter of distorting Nato policy on the Balkans to such an extend that we ended up bombing people.

A voice from the stage interjected "It's not our job to be useful to you," but Langan shared Parry's concerns about the political class. Langan was kidnapped and held captive for three months in 2008 after trying to make contact with an al-Qaeda chief.

The following year he was invited to give evidence about Afghanistan to the foreign affairs select committee's inquiry into global security. Its members could not find Helmand on a map, he told the Names Not Numbers session. "The foreign affairs select committee: they're supposed to be specialists. They had sent soldiers to die in Helmand and they didn't know where it was."