first taste of government within six months. He has served as Economic Secretary to the Treasury and was until today George Osborne's number three as Financial Secretary. He is regarded within the party as an Osborne man.
Javid, 44, is married with four children. He has been involved in various projects to help children in Britain and abroad, but his CV shows no ties with the arts, sport or the media - a fact noted by the writer Michael Rosen, who posted an open letter on his blog suggesting that Javid was not qualified for his new post.

"The public were right to judge her on how she responded, there's absolutely nothing wrong with that - and the media… I don't think you can blame this on Leveson or the media or something. The media are a cornerstone of our democracy, their freedom is very important and if they want to investigate wrongdoing by politicians or any other public official they should do that and nothing should stop them from doing that. Miller accepted she did wrong and handed back the money, like many other MPs did,  but I think the public again were rightly still outraged. There is still very raw anger"
- Sajid Javid on the Miller uproar on BBC's Question Time

"I have witnessed feeding frenzies on erring MPs in the past. The unanimity of opinion across the political spectrum is unusual and arguably unprecedented. Miller will surely have to go"
- Roy Greenslade, the Guardian, on the public and press view of the Culture Secretary

The resignation letters in full

Of course, implementing the recommendations made by Lord Justice Leveson on the future of media regulation, following the phone hacking scandals, would always be controversial for the press. Working together with you, I believe we struck the right balance between protecting the freedom of the press and ensuring fairness, particularly for victims of press intrusion to have a clear right of redress.

I will continue to support you and the work of the government as you move forward. Ensuring the best future for the people of Basingstoke has been my priority throughout the last nine years. Whether on the front or back benches of the House of Commons I will continue this work.

The only reason I was able to become an MP and indeed a government minister and cabinet minister is because of the unstinting support of my husband, my mother, my father and my three children. I owe them all a great deal. 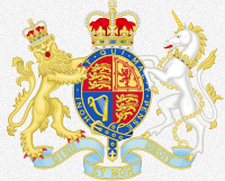 You Bastard,
Your minions have made it plain I have to fall on this sword...If I don't go now I'll bring everyone else down with me...
You Cow,
I was very sorry to have to twist your arm so hard...I think it important people know I had nothing to do with this...
Read Fleet Street Fox's translation of the exchange of letters here
Dear Maria,

Thank you for your letter. I was very sorry to receive it.

I think it is important to be clear that the Committee on Standards cleared you of the unfounded allegations made against you, a point which has been lost in much of the comment in recent days.

You have been responsible for successfully handling two of the most controversial issues with which this government has dealt. As culture secretary, you have played a critical role in advancing Britain's proud record of

Raymond Snoddy, MediaTel
In her resignation letter - and earlier via her aides - she had the effrontery to suggest that she had been brought down by a press witch-hunt over Leveson and her Gay Marriage bill. She was brought down by her own behaviour over expenses, her arrogance, and her lack of genuine contrition....Mrs Miller must accept a lot of the responsibility for the botched attempt to steamroller the Press into accepting a Royal Charter. Not a single newspaper has signed up for such a regime and it is unlikely that any ever will. A Royal Charter with no signatories going nowhere should stand as her political epitaph
Michael White, Guardian
This is a victory for public revulsion against her conduct and the wider privileges perceived to be enjoyed by the political class.
But do not cheer too loudly. This is also a hypocritical victory for Ukip, which felt able to denounce Miller despite having an expenses record at the European parliament which makes hers look like Mother Teresa's.  It is a victory for those who took issue at her promotion of the same-sex marriage bill ... It's a victory for Norman Tebbit.
But most important, it is another victory for the power of Britain's over-mighty oligarchs (media branch). Miller the Innocent, who promoted the Cameron-Miliband-Clegg deal to regulate the Press through a hands-off royal charter device, has fallen victim to a combination of her own poor character and a vengeful media pack.

The apology (in full)

This isn't the Press getting shirty because we didn't get our way over self-regulation. It isn't  rightwing buffoons huffing and puffing about homosexuals being allowed to get married. It's about behaving decently and, simply, not taking the piss

The investigation and IPSA judgment

"The main thrust of the original complaint, namely that Mrs Miller was providing an  immediate benefit from public funds to her parents, has not been upheld. The Commissioner accepts, and the Committee agrees, that the designation of the main home was finely balanced. As we have set out, most of Mrs Miller’s mortgage claims were justified. If the Commissioner had been able swiftly to establish the facts relating to Mrs Miller’s mortgages... this might have been a relatively minor matter. As we have set out, Mrs  Miller has also breached the current Code of Conduct by her attitude to this inquiry. That is  more serious."
Read the full report here

The chorus of disapproval

On the most charitable assumptions, these modern non-apology apologies have an element of sincerity. They indicate that the person making them genuinely does not believe he or she has done anything wrong
- Dominic Lawson,  Mail

David Cameron wants us to see his support for defiant Maria Miller as a leader’s steadfast loyalty to an embattled colleague. In fact, it is a disastrous and perhaps fatal error
- Trevor Kavanagh, The Sun

The expense scandal has displayed a sort of bubble-think from the outset, with politicians assuming that their behaviour must have been reasonable because other politicians didn't say it wasn't
- Hugo Rifkind, The Times
The Miller affair is further evidence that our so-called democracy is rotten to the core, a game played by a professional political class which appears to have learned nothing from the expenses scandal
- Richard Littlejohn, Mail

﻿It seems as if she and those who work in Downing Street are almost the only people in the country who do not recognise that it is time for her to go. In both cases, obstinacy is getting in the way of good judgment﻿
- The Times leader

The wait for a terminal ministerial career to end becomes soporific soon enough, and the craving for euthanasia intensifies. If anything will persuade David Cameron to finally do the humane thing and put Miller out of our misery, it may be that change petition calling for her resignation
- Matthew Norman, Independent

﻿What this affair reveals above all is the Government’s sheer incompetence at handling public relations...Before this spectacular own goal, Mr Cameron was in a commanding position...the fate of an individual minister is almost irrelevant now, in an affair that has become much more a question of the Prime Minister’s standing in his party ﻿
- Daily Mail leader

﻿The fault is institutional, lying with all those MPs who never really thought that what Mrs Miller did was wrong because many of them did it too. We do not need a new system of regulation to sort this out; it just requires MPs - whom we trust to make our laws - to behave with integri﻿ty
- Telegraph leader

MPs have spent the past few years making a song and dance about newspapers not being able to police themselves but what does this say about the political will to make sure their own number are behaving properly? Maria Miller is a national embarrassment and a disgrace to her office
- Sunday Express leader
comments powered by Disqus